Prevents a struggling family from going hungry by providing necessary food rations and support during these hard times. Thank you for your kind donation.

Provides academic support and developmental programmes for a vulnerable child during these tough times. Thank you for your support.

Helps support befriending services to isolated seniors and vulnerable migrant workers during this trying period. Thank you for your contribution.

Provides diapers and milk feeds for an elderly resident with no family support during this challenging period. Thank you for your generosity.

Our beneficiaries need your support more than ever during these difficult times. Thank you for being a beacon of hope to those in need.

ends 30 Jun 2022, 11:59 PM
At The Salvation Army, we often meet people from diverse backgrounds with varying needs. Mdm Sheila*, a single mother with a young son, was one of them who approached The Salvation Army Family Support Services (FSS).

After Mdm Sheila was granted custody of her son from her divorce, she moved into a rental flat due to the regular hostilities at her parents' home. Being the sole provider and caregiver, she was under undue stress juggling between working part-time and caring for her son. In desperation, she approached FSS for assistance. Without haste, FSS supported her through counselling sessions, gave food rations and referred her to the relevant agencies for financial assistance.

Just when things were stabilising, Mdm Sheila's son was diagnosed with attention deficit hyperactivity disorder. Having to accompany him for his medical appointments, she had to be frequently away from work which caused her to lose her job. These setbacks eventually took an emotional toll on her. FSS staff stood by her and provided her with a safe space to relieve her pent-up frustrations. FSS also helped her prioritise her family's needs and find new support networks for her son. After gaining new strength to better manage her situation, Mdm Sheila is now ready to re-join the workforce.

Your gift can help people like Mdm Sheila, who are impacted by their living circumstances, stay resilient during challenging times.

*Name has been changed, and a volunteer model was used in the photograph.

The Salvation Army has been touching lives in Singapore since 1935 and we remain committed in serving the underprivileged in the community without discrimination. To us, every life is precious and we actively help those in need regardless of age, race or religion.

Our diverse programmes reach out to vulnerable children and youth, frail elderly, struggling families, isolated migrant workers and other needy segments in our society.

Your support goes a long way in helping to transform our beneficiaries lives. Because of your kindness, many can have hope for tomorrow.

* Please note that we can only accept donations (from this portal) for The Salvation Army Singapore and not overseas countries.

*Noel was only six when the Ministry of Social and Family Development referred him to The Haven, a residential home under The... 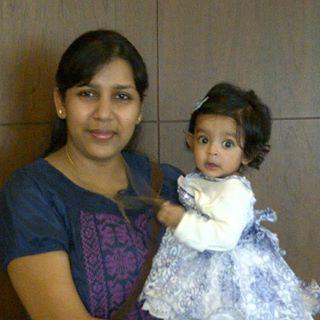 The joy of giving! The Haven is a residential home to care for children and young people who are unable to be cared for by ...