Thank you for donating $10 to support the work of OHF.

Thank you for donating $50 to support the work of OHF.

Thank you for donating $100 to support the work of OHF.

Thank you for donating $200 to support the work of OHF.

Thank you for sponsoring $600 for a toilet to provide rural villagers improved sanitation and safety for women.

ends 31 Aug 2016, 11:59 PM
Health. Wellbeing. Safety. Rural communities will never be assured of these due to the dire lack of proper toilets. Many poor communities resort to defecating in the open due to the inability to provide proper facilities for themselves.

#NoBushes is a fundraising campaign to raise awareness and support 50 toilets to be built for the most needy families in Prey Veng, the second poorest province in Cambodia. The gift of just ONE TOILET will be a small but significant upgrade in their daily lives. Let's help them to say no to open defecation in bushes!

According to UNICEF, diarrhoea is one of the main causes of death for children under five and, if it doesn't kill, they may suffer from stunted growth and malnutrition poor absorption of adequate nutrients. Overall, one in 20 Cambodian children does not live to reach their fifth birthdays.

There are 1.25 billion women and girls in the world who go without access to safe sanitation. As such, many are left vulnerable and undergo the risk of harassment, assault and rape when just trying to defecate. Safe sanitation can play a vital role in reducing such risks.

It cost S$600 for a toilet to be built and a community to benefit from better health and well-being. GIVE A TOILET!

Operation Hope Foundation is a Christian charity established in 2001 in Singapore.

We focus on achieving high benefit-to-cost ratio for both our donors and beneficiaries. Hence, we have a very hands-on approach to projects which we own and run.

Your donation will go toward supporting the operations of OHF.

Please visit our website www.ohf.org.sg for details on OHF's projects, programmes and beneficiaries.

#NoBushes - Give 50 Toilets to Poor Villagers

- Have you wondered how your donations are translated into actual benefits for the poor in developing countries? - How much o...

The 25 Cents Meal and 50 Dollars Buffet

Living in an affluent society, we are trapped by our need for comfort and security. Life becomes sterile, repetitive and bori...

Here's the copy of the giving.sg campaign: Nightmares are made of these: a train crashes into the car of a family on ho...

A BRIGHTER FUTURE FOR THE FAMILY When Pragtigya Thing, 10 years old, arrived home after her first computer class, she was so...

A Decent Place to Call Home

Living conditions in the remote villages of Cambodia are some of the worst in the world; unhealthy, unsafe and uncertain. Man...

Many people in the Nepali community do not have tailoring skills as the Nepali culture used to forbid women to learn the skil...

The Gift of a Flock of Chicks

Three years ago, BK Hari and his wife had hardly any money to pay for their food and had to go to bed hungry for most nights....

Goat farming is common in mountainous Nepal, but the hard work of farmers may often translate to low success. This is due to ...

Send compassion beyond borders to uplift the lives of the poorest of the poor. Cambodian villagers belonging to Poor 1 pover... 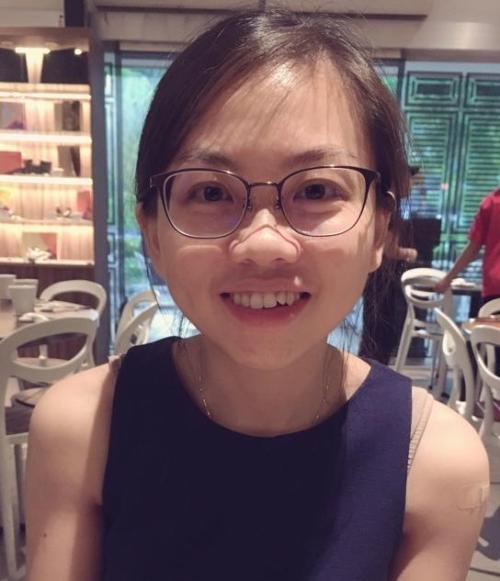 My name is Ai Heong who likes volunteer works. I am looking to raise funds to help with upcoming overseas volunteer trip- Hou...