Recognising that there are still many charities not directly related to Covid-19 from the Arts & Heritage, Disability, Children & Youth, Community, and Social Service sectors which have suffered as much as an 80% reduction in donations due to the postponement or cancellation of fund-raising events, The City of Good Show partners with the stars of Dream Academy to fundraise and bring you laughter!

Every Wed, be entertained by Selena Tan, Pam Oei, Ghafir Akbar and Siti Khalijah, and look out for Special Guest Star of the Week, Chua Enlai!

Chua Enlai is an award-winning actor and host known for his dramatic and comedic work across theatre, television, and film. Enlai is known for his work on nine seasons of the International Emmy-nominated The Noose, for which he’s won the Asian Television Award for Best Comedy Performance in 2010 and 2013. It has just completed its special edition season The Noose Gets Smart in 2020.

In the fifth episode, we are fundraising for 31 charities championing the Community cause. The community is a part of you and me. Alone, we can do so little; together, we can do so much in our #CityofGood and spread the kampung spirit by helping communities and families in need. 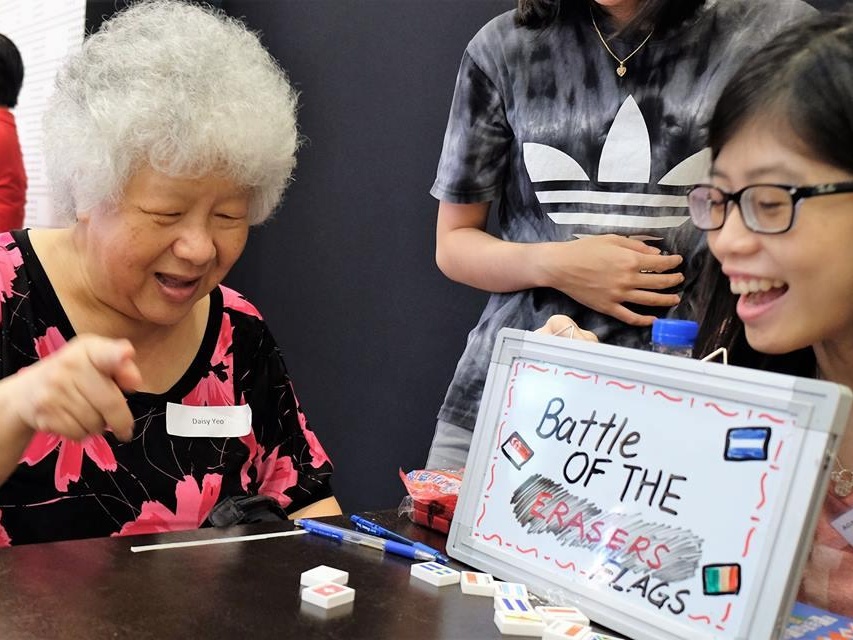 Alzheimer's Disease Association (ADA) was formed in 1990 as a result of a growing concern for the needs of persons with dementia, their families and caregivers. 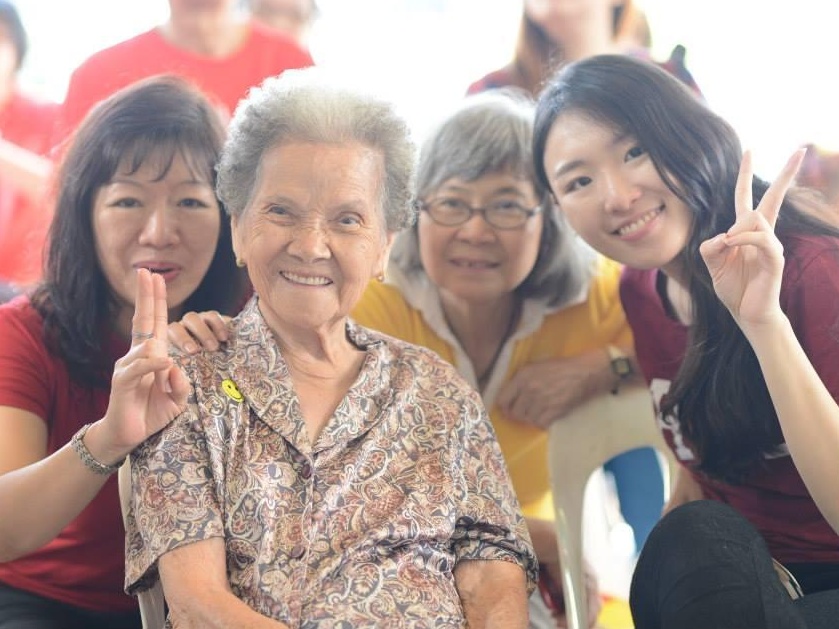 Blossom Seeds Limited (BSL) is a registered charity with an Institution of a Public Character (IPC) status and a member of National Council of Social Service (NCSS). 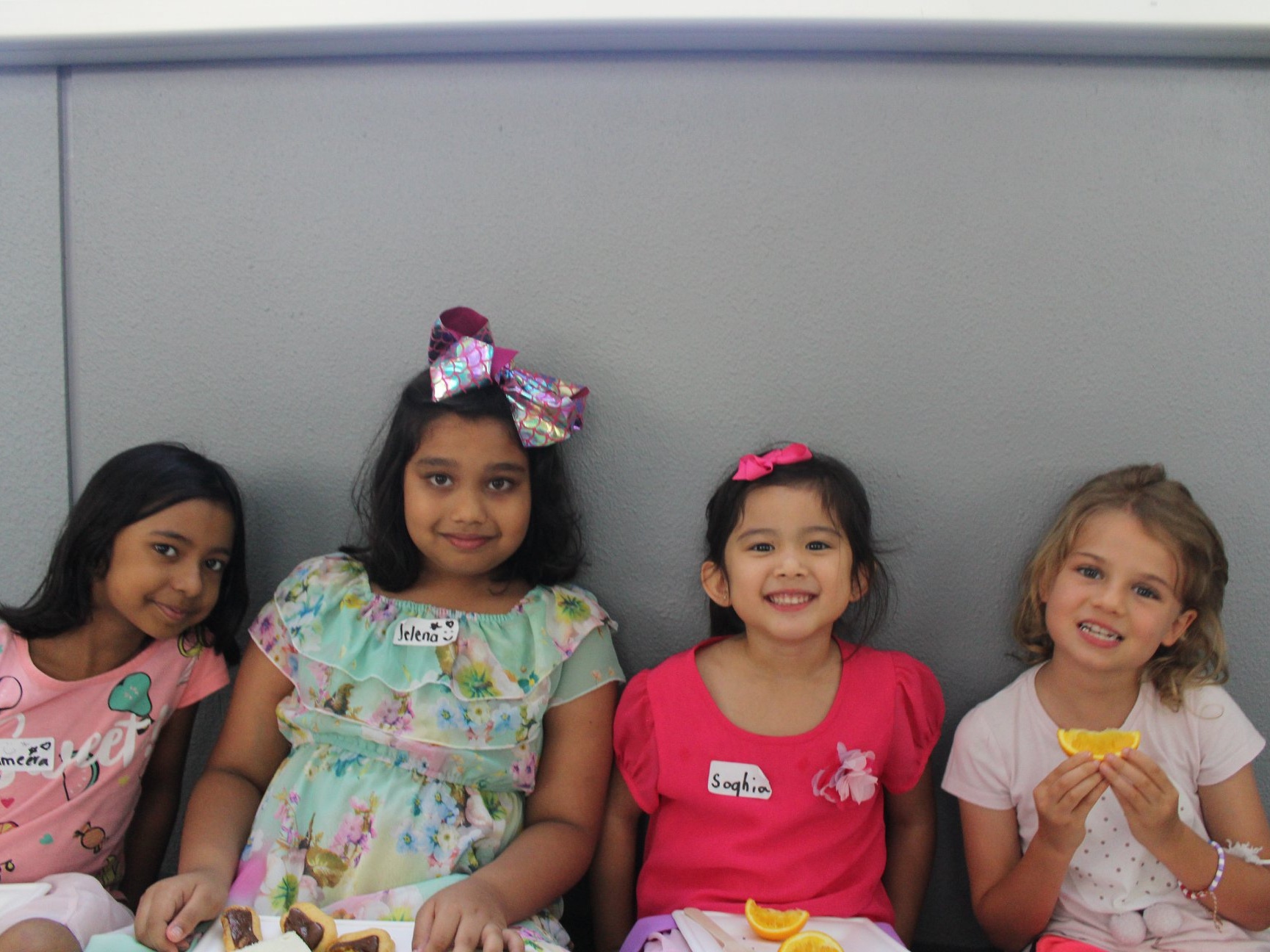 by Daughters Of Tomorrow Limited

Empower a woman, enable a family. Daughters Of Tomorrow is a registered charity organization with IPC status in Singapore whose mission is to facilitate livelihood opportunities for underprivileged women, and support them in achieving financial independence and social mobility for their families. 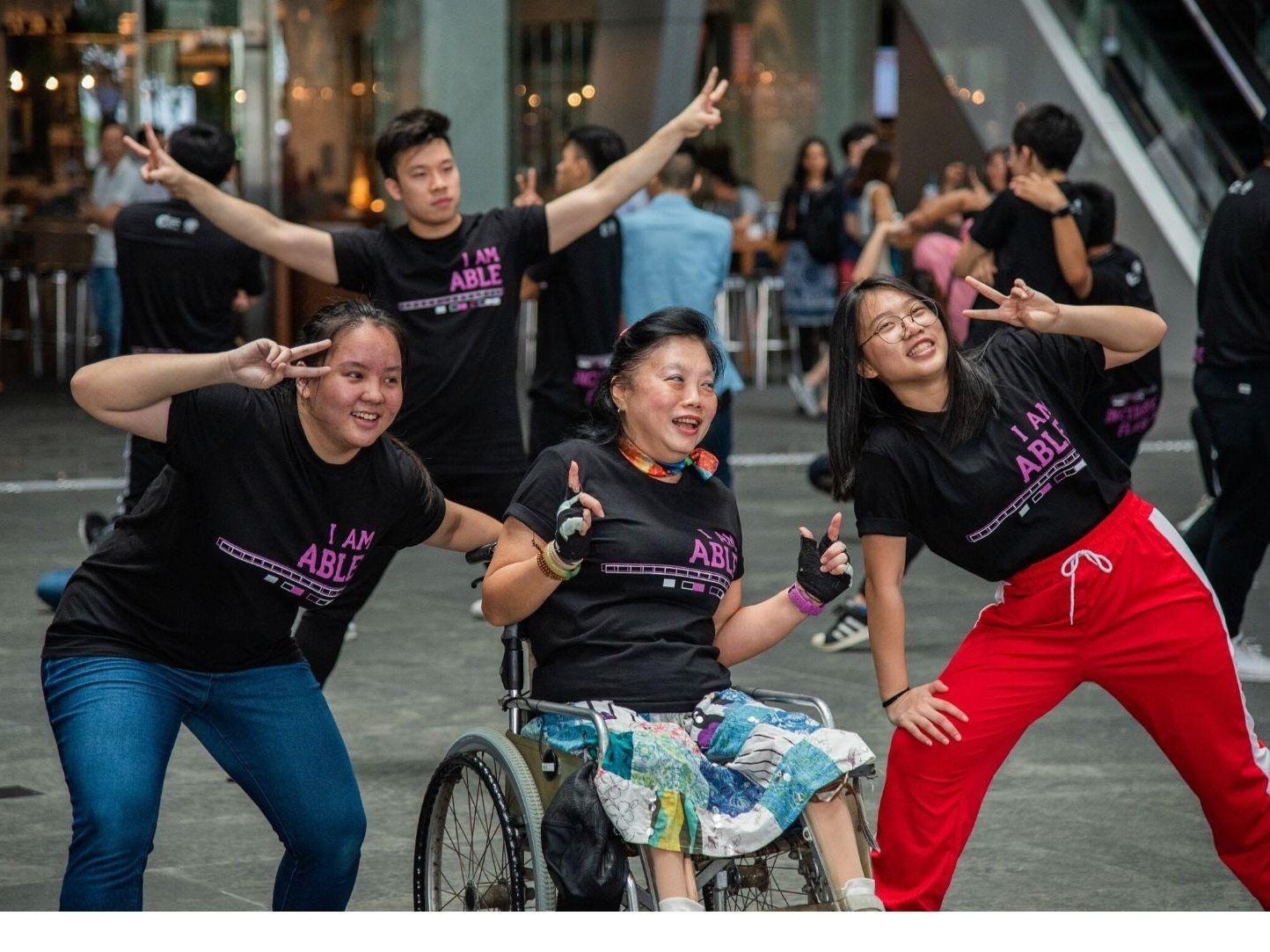 Disabled People's Association (DPA) is Singapore's only cross-disability non-profit organisation. We represent the disability community, working to build a fairer society where everyone can participate in all aspects of life from education to employment and access to social integration. 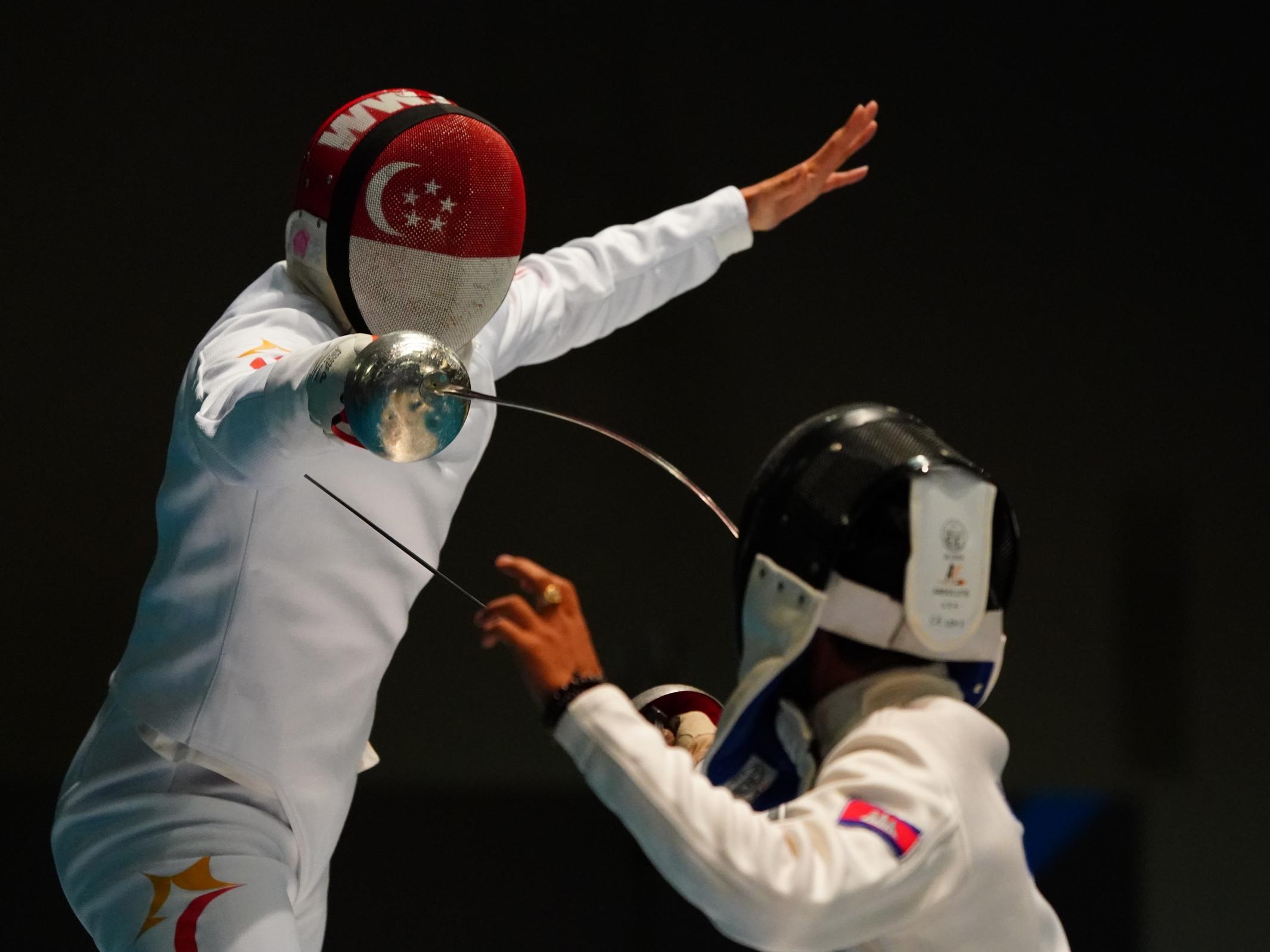 Fencing Singapore (formerly known as 'Amateur Fencing Association of Singapore') was established in 1955 and is the national governing body for the sport of fencing. Currently, there are 5000 fencers in the fencing community. 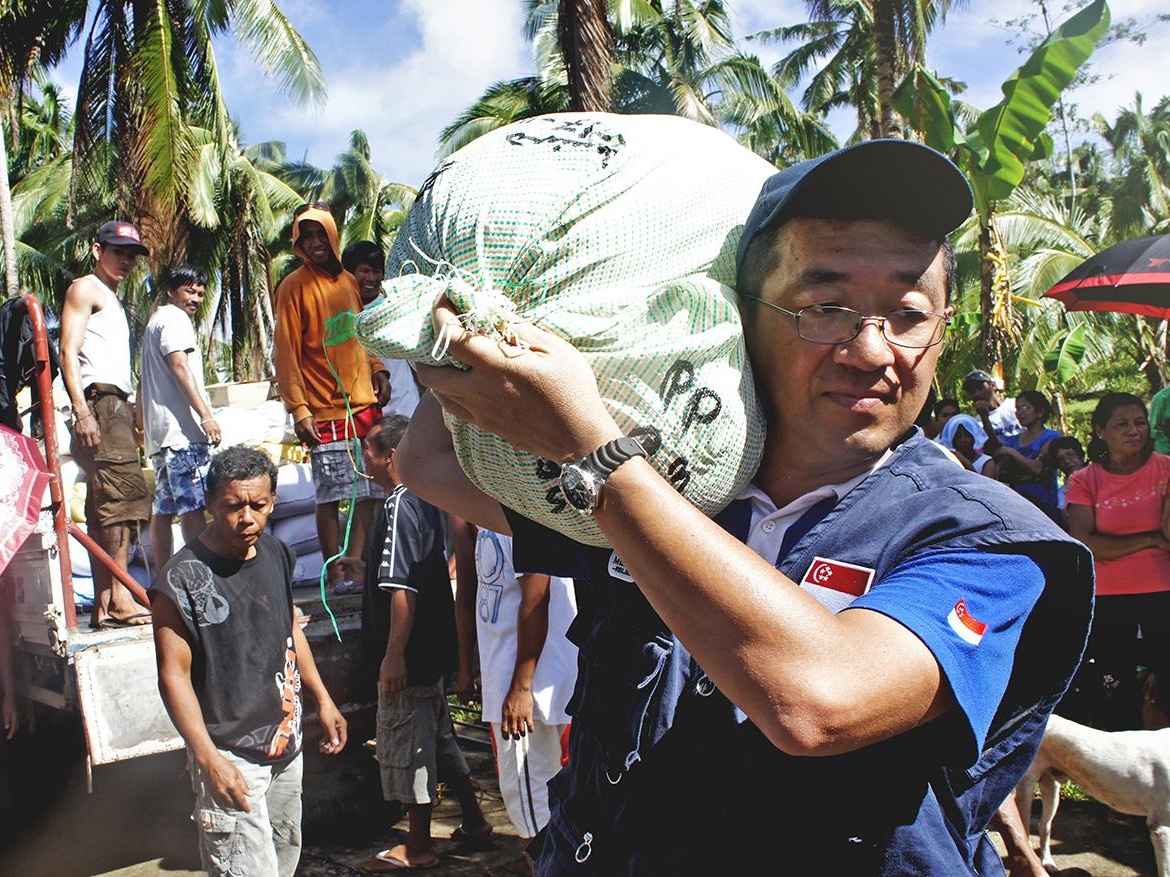 Headquartered in Singapore, Mercy Relief was established in 2003 to respond to human tragedies and disasters in Asia Pacific. 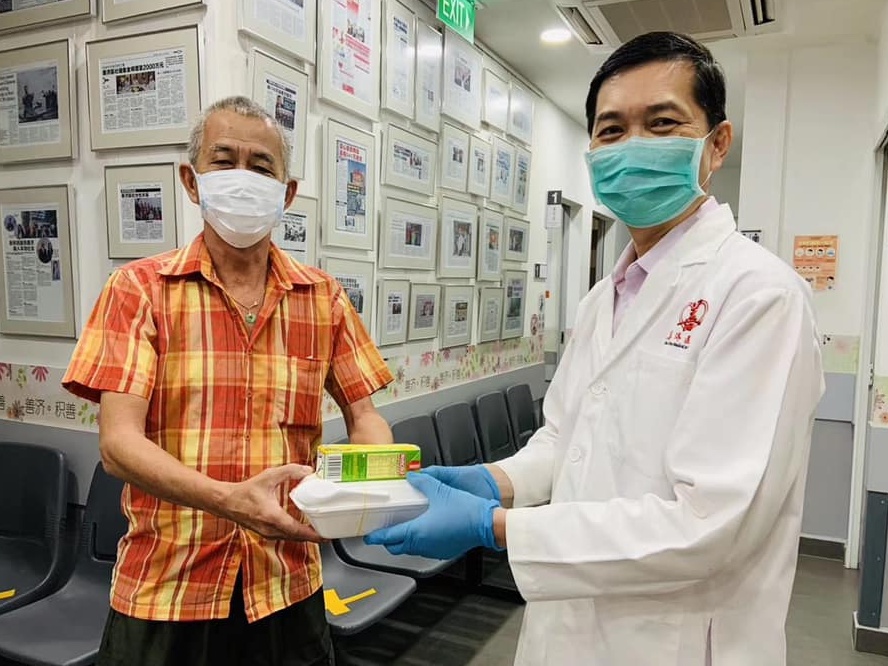 Trust, Action, Attitude and conduct are Honourable and Respectable Virtues of charity work. Sian Chay welcomes corporations and benevolent individuals to join hands to promote the spirit of philanthropy. 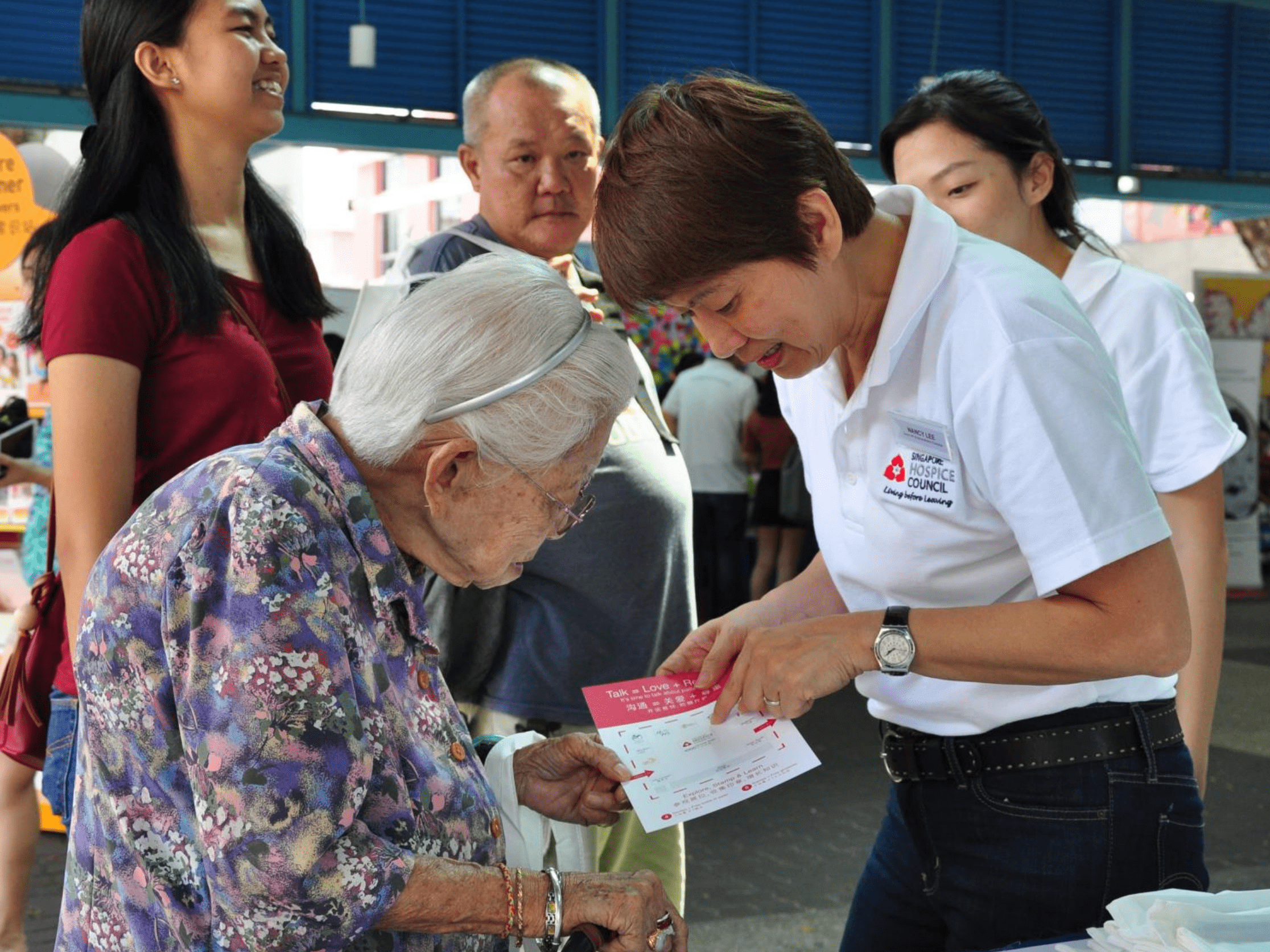 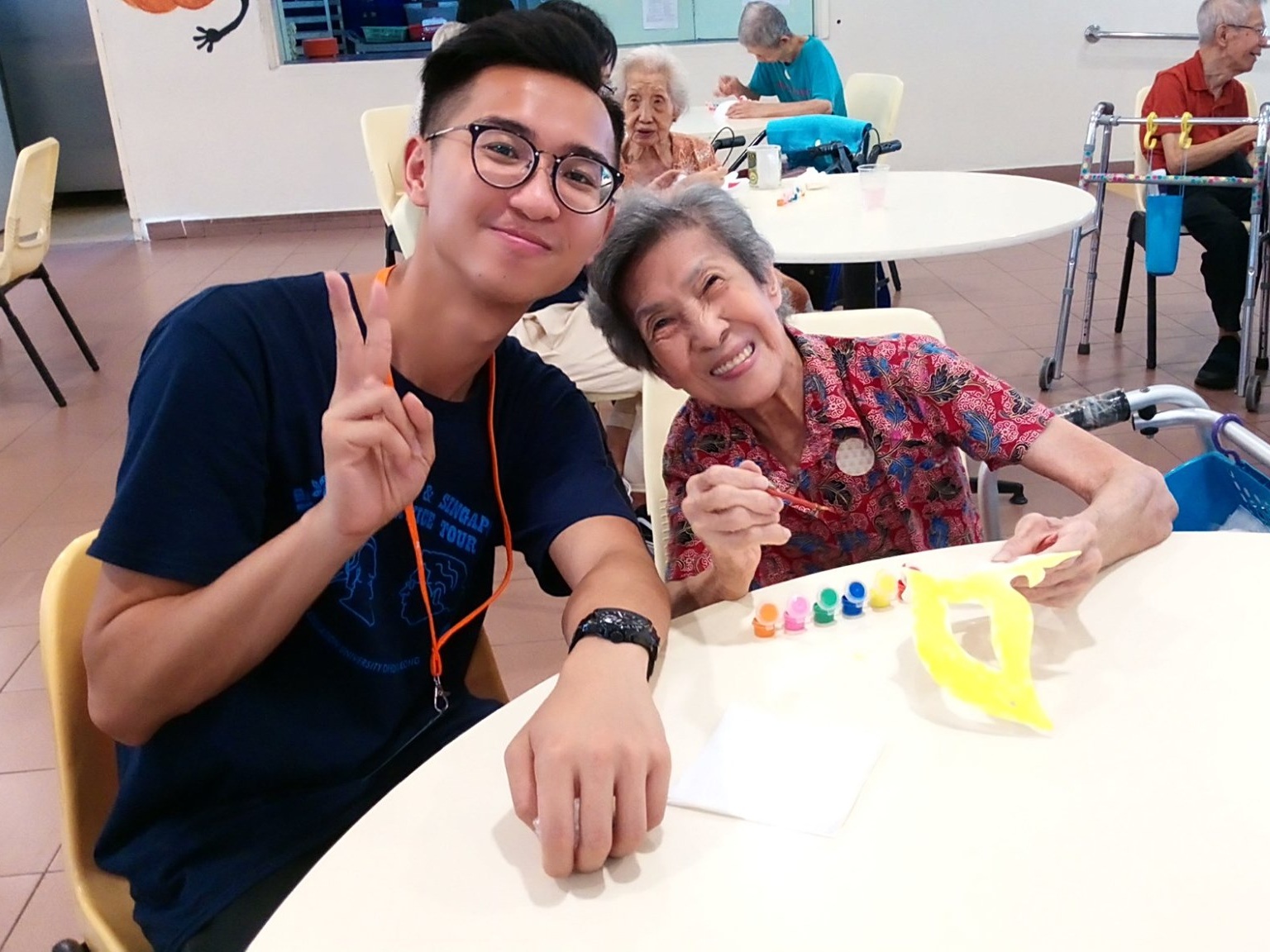 Established in Dec 1958, St. John's Home for Elderly Persons is a Sheltered Home for elderly persons who are ambulant and aged above 60. 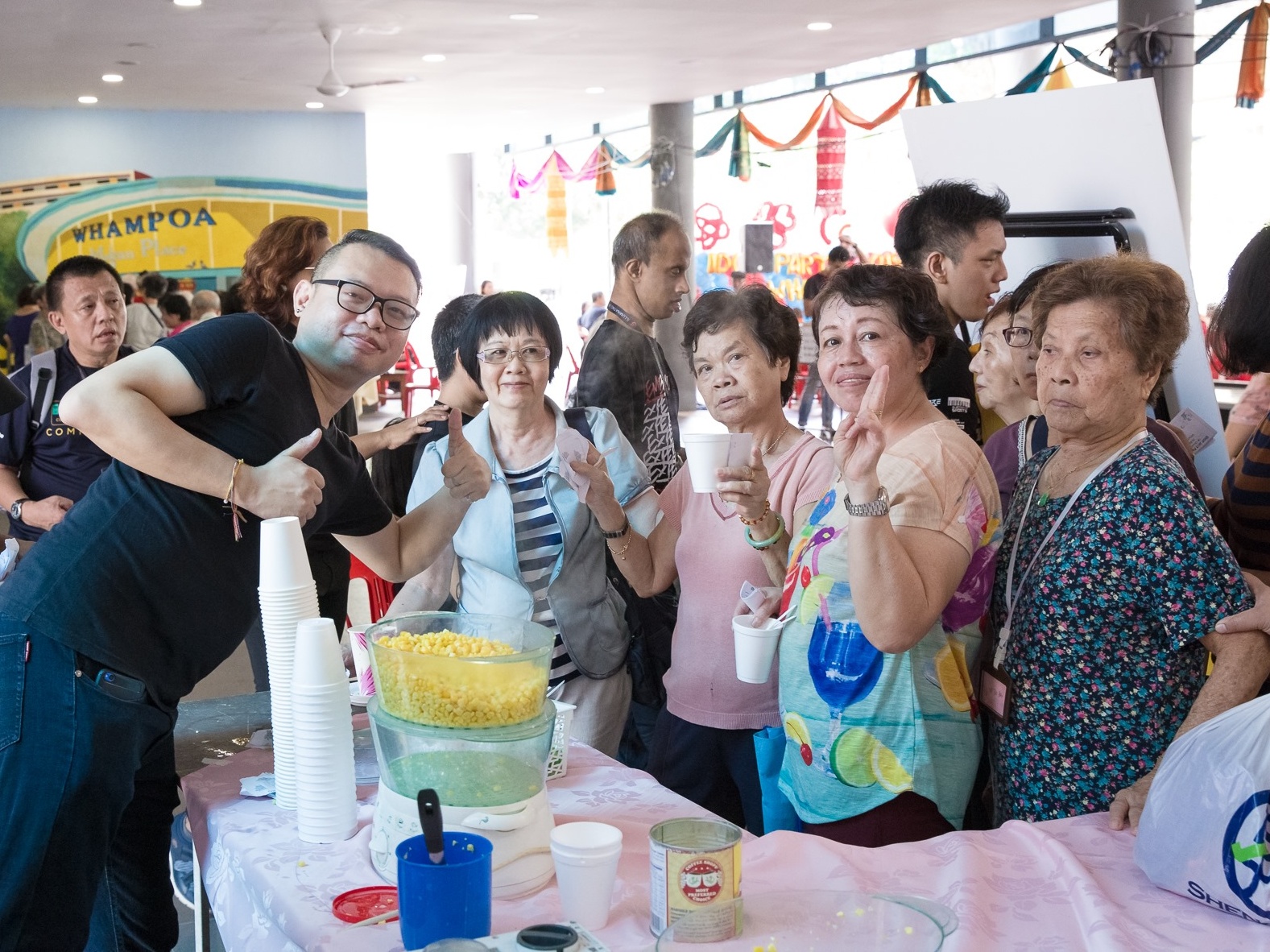 Our vision is of an inclusive society for all ages that optimises opportunities in longevity. 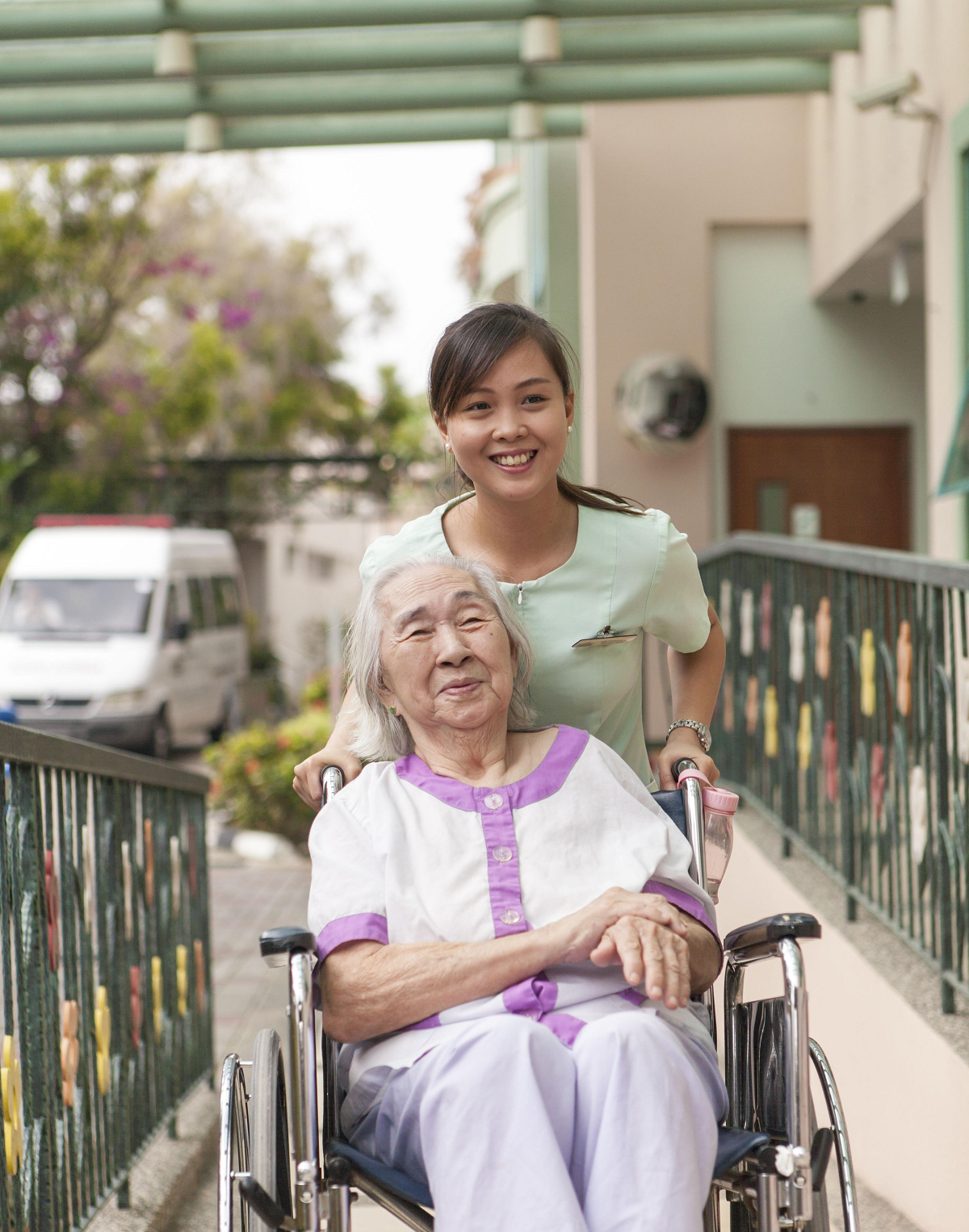 by All Saints Home

The elderly and sick in All Saints Home are from low-income families or lack family support. Some of the elderly who have children, are themselves retired with their own medical conditions. 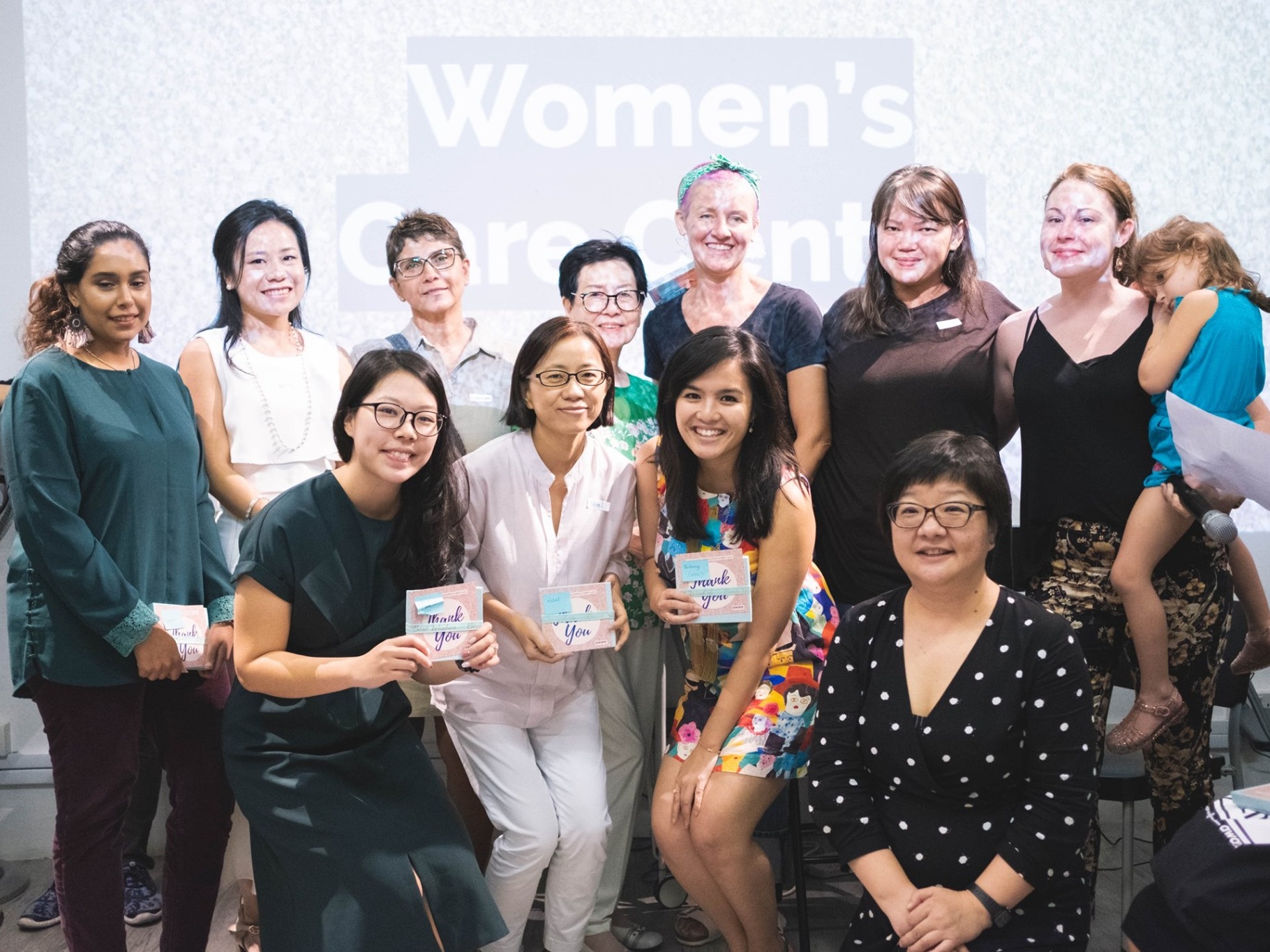 The Association of Women for Action and Research (AWARE) is Singapore's leading gender equality advocacy organization. 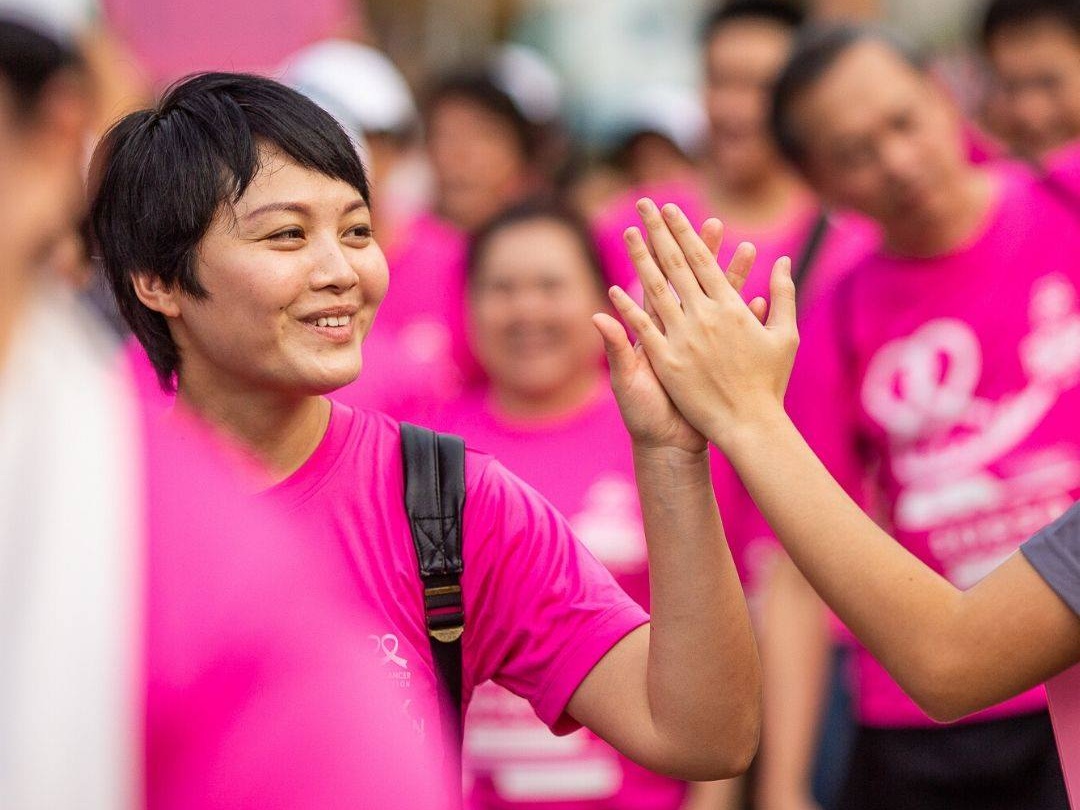 Breast Cancer Foundation (BCF) is a social service agency with an IPC status. Our mission is to eradicate breast cancer as a life-threatening disease. 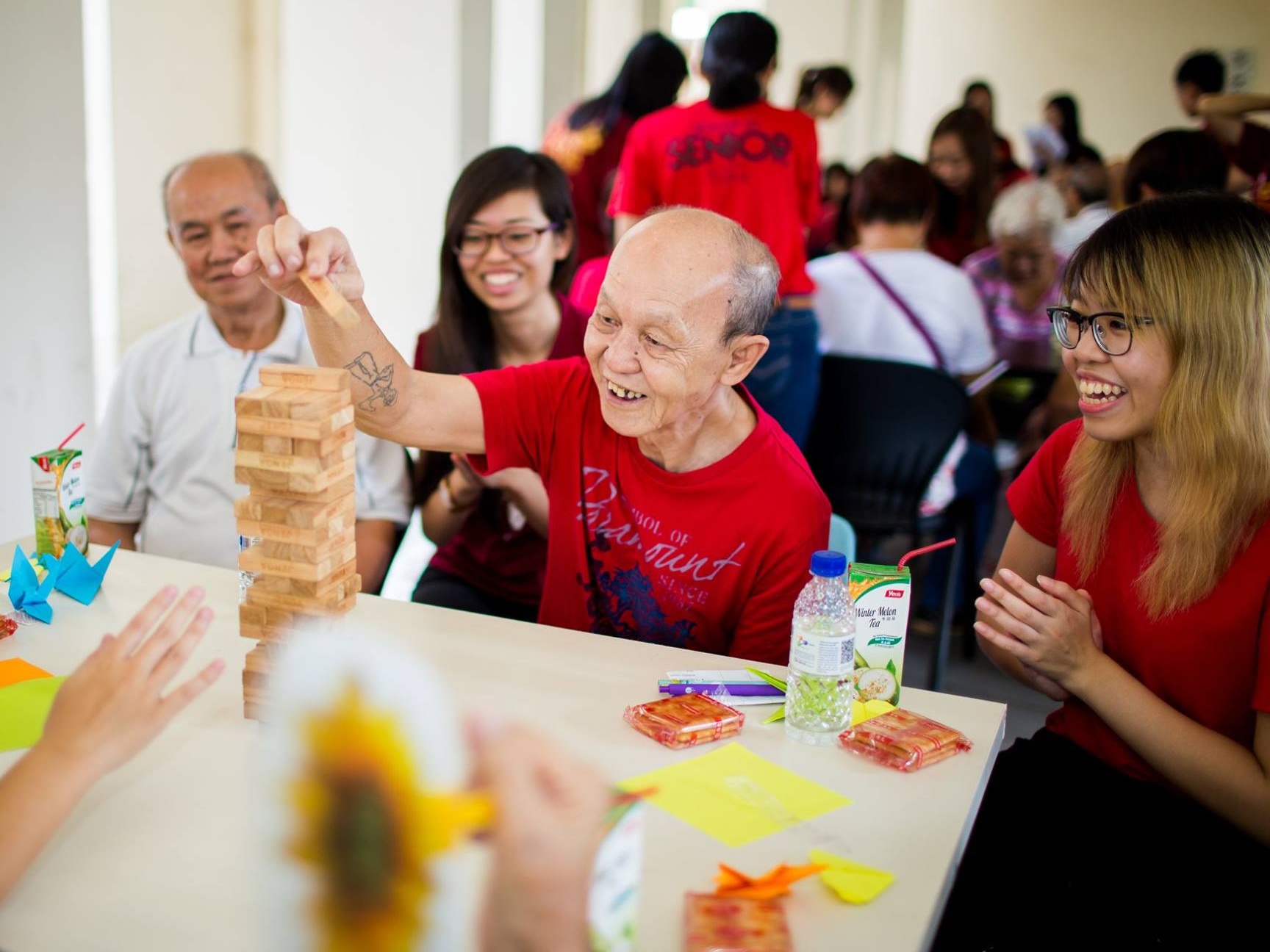 The Caregiving Welfare Association is a non-profit Voluntary Welfare Organisation depends mainly upon the community support and funding to fuel our efforts to provide timely assistance to the elderly and their caregivers. 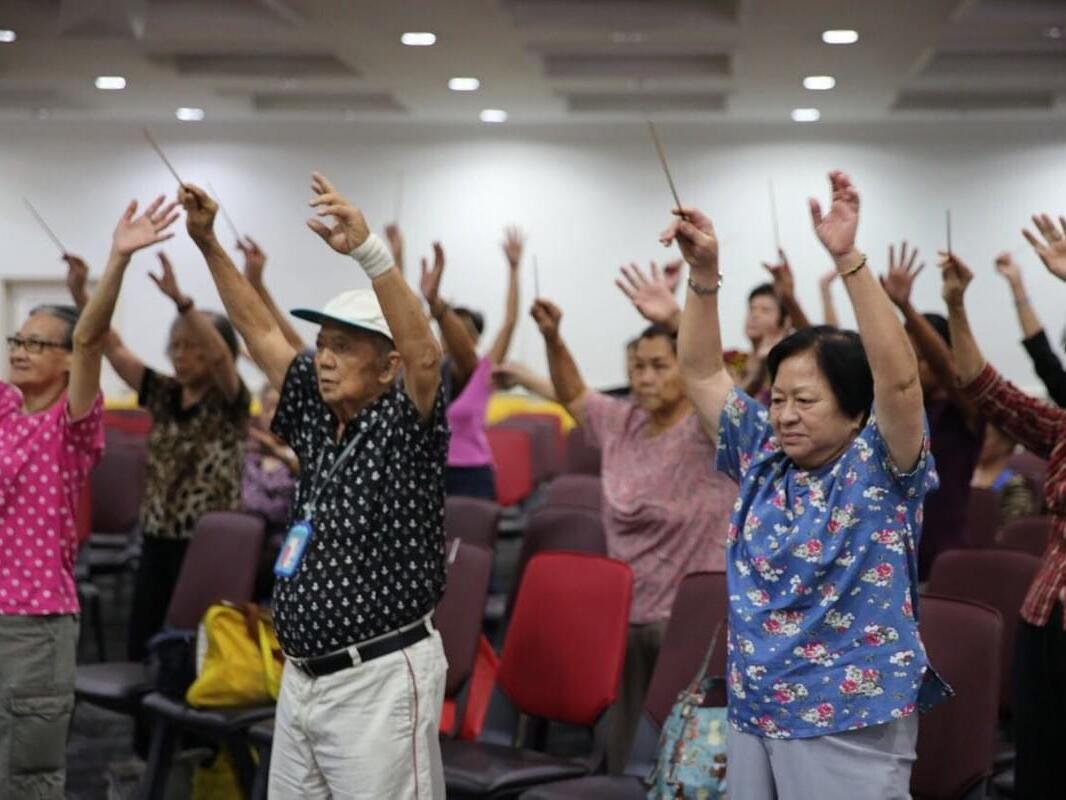 Empower believes that ageing well is to be active, empowered and engaged in life with independence and a good quality of life. 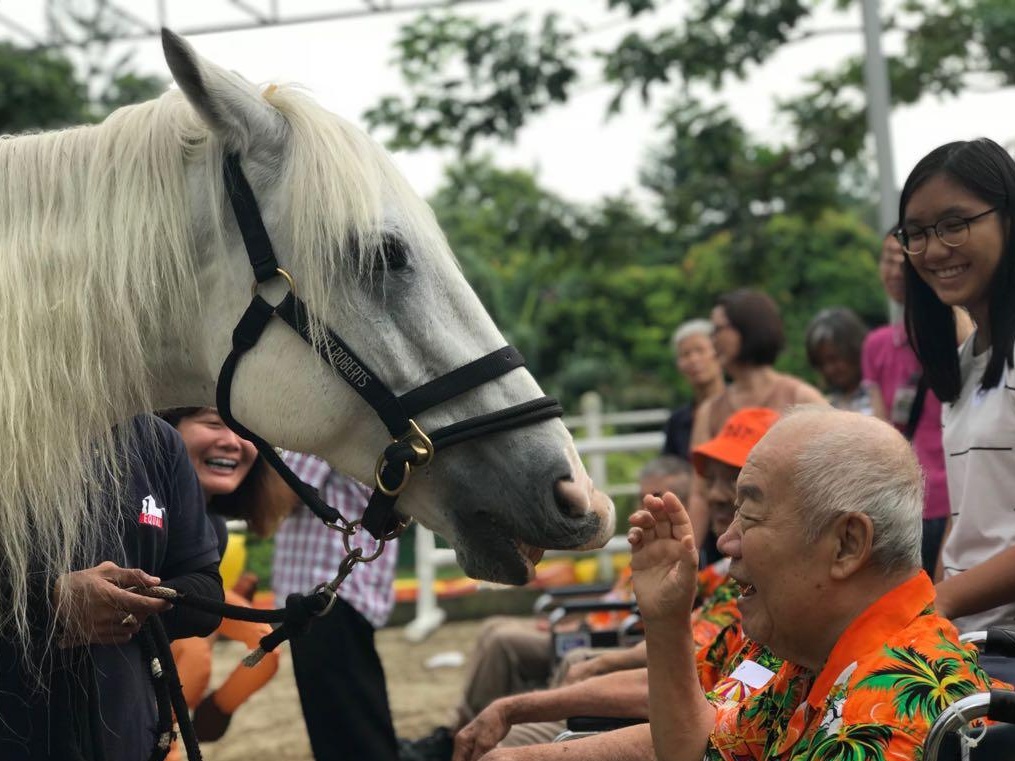 Hello, we are EQUAL, a young Charity with IPC status. We believe animals make people better. Every year, we strengthen the mental health of 1,500 people with special needs, youth, families and elderly, through giving them the opportunity to care for and work with rescued therapy animals. 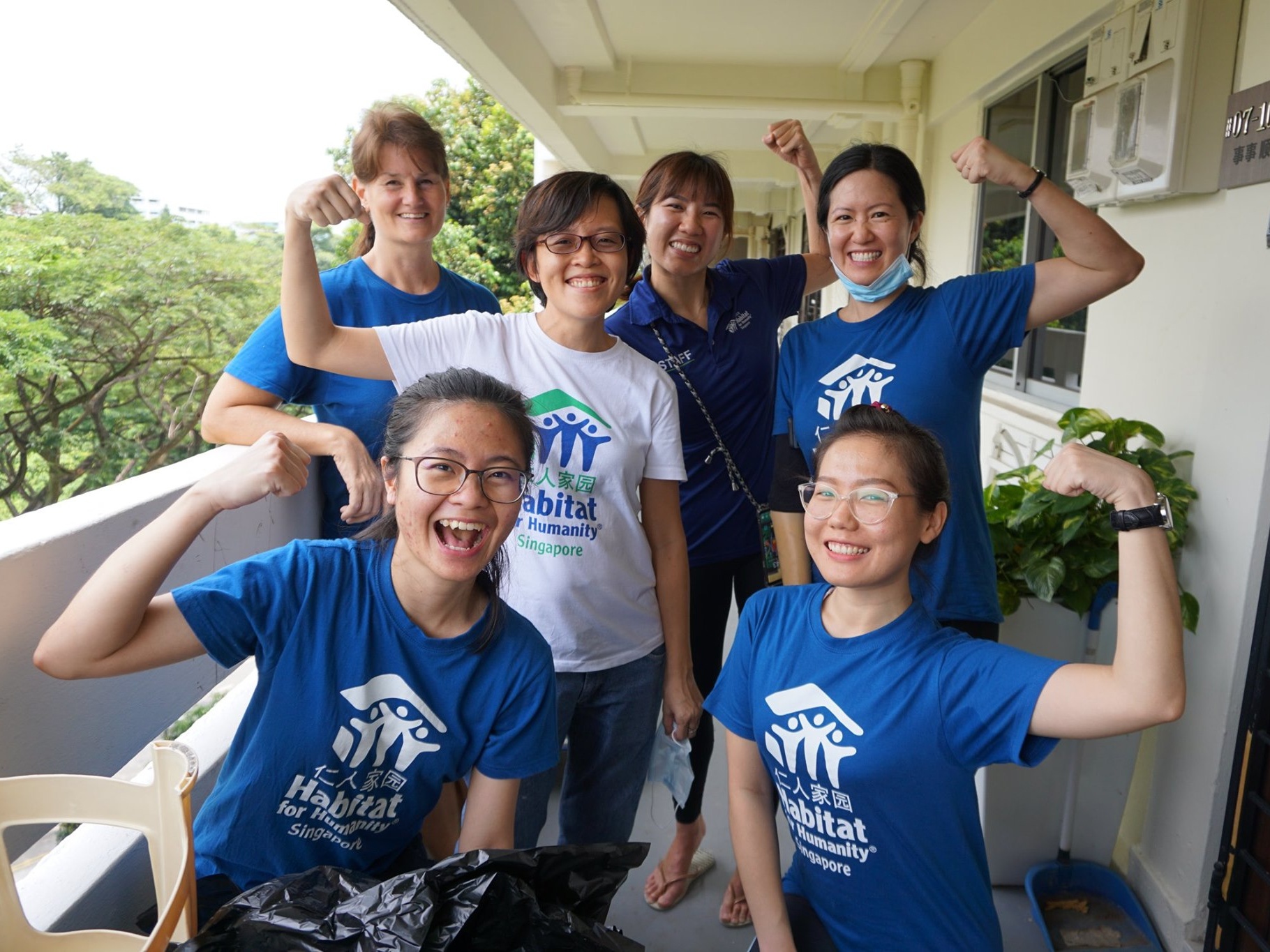 by Habitat for Humanity Singapore Ltd

Habitat for Humanity Singapore is part of an international Christian housing charity that seeks to eliminate poverty housing worldwide. 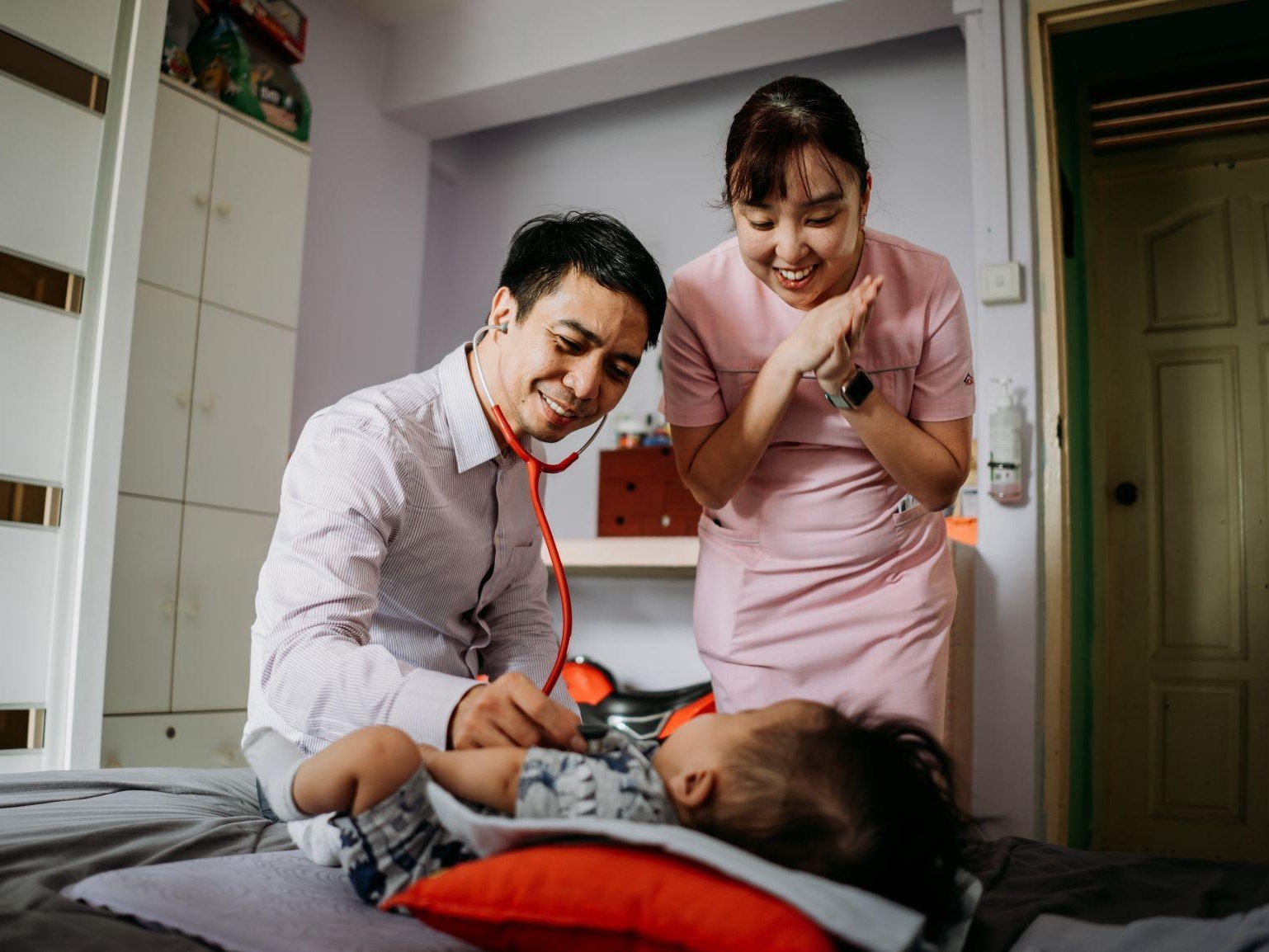 HCA Hospice Care (HCA) is Singapore's largest home hospice provider and has been a registered charity since 1989. The organisation provides comfort and support to patients with life-limiting illnesses regardless of age, religion, ethnicity, nationality and financial status. 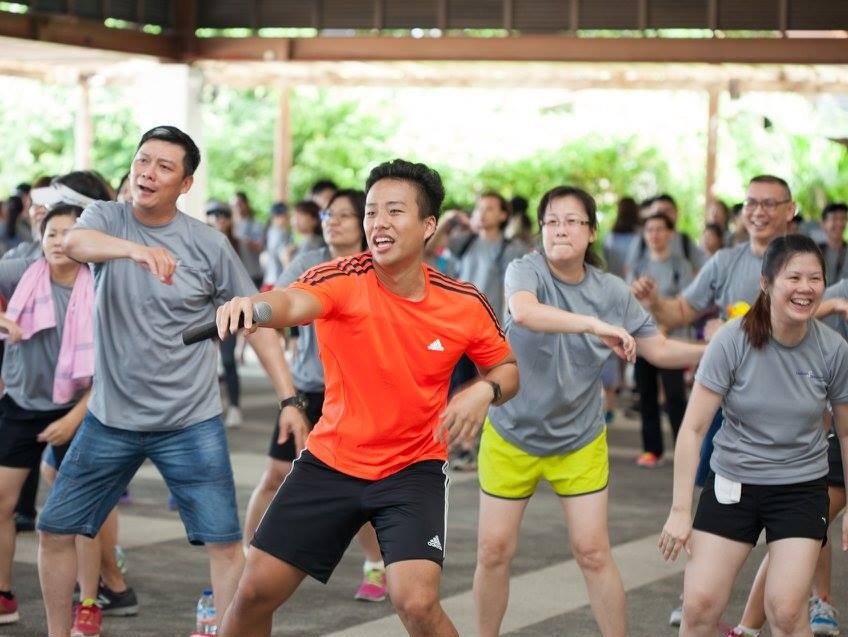 Leukemia and Lymphoma Foundation LLF was set up as an Institution of Public Character in 2003. We have been providing financial assistance to more than 400 patients with leukemia, lymphoma or related blood diseases. 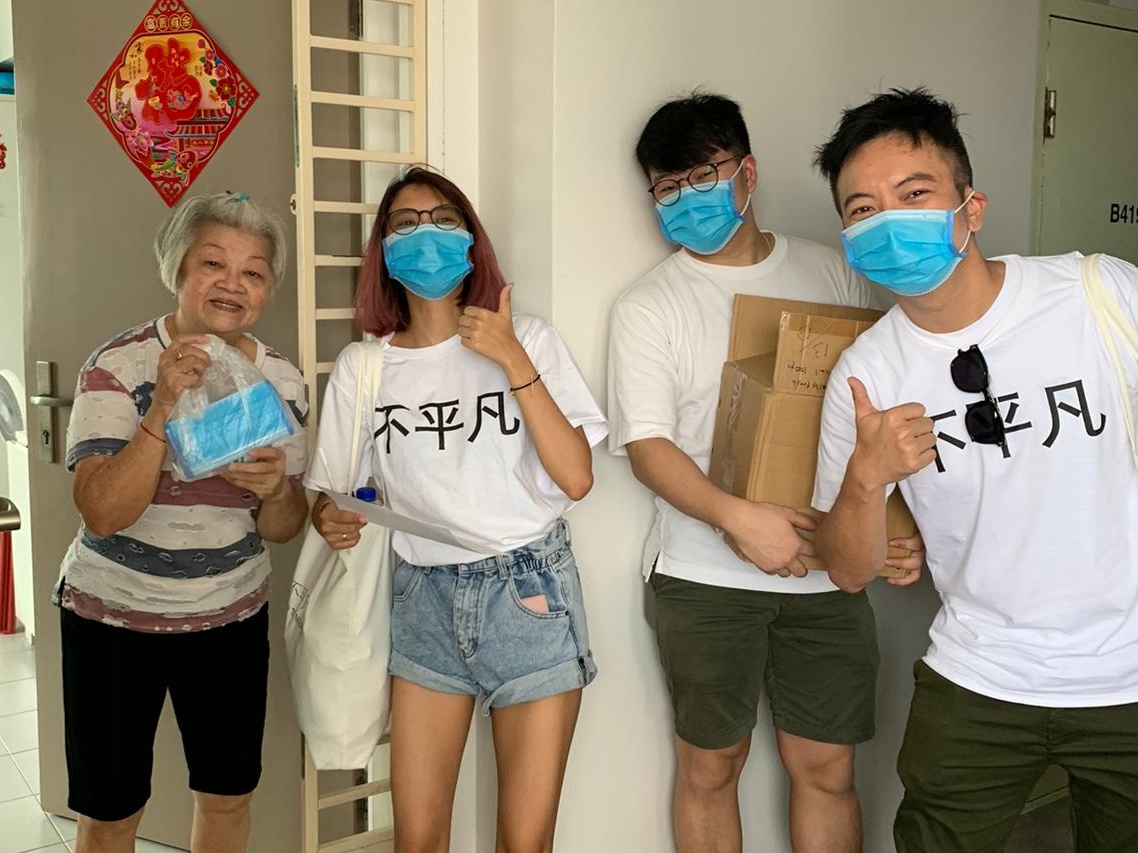 Established in 1995, LB has more than 25 years of experience in befriending and caring for seniors in order for them to age in place in the community. 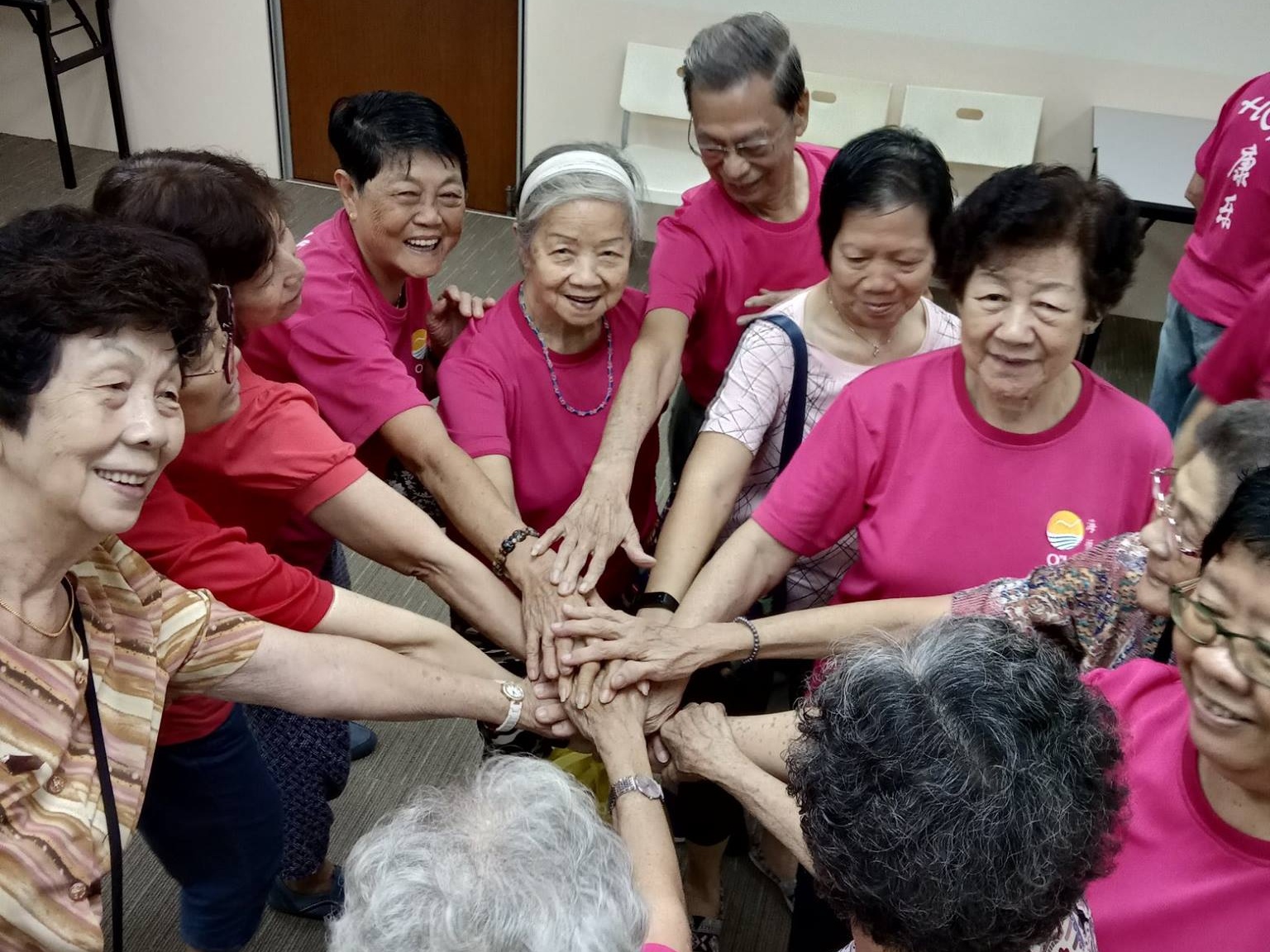 O'Joy Care Services was awarded the Charity Transparency Awards and Charity Governance Awards with Special Commendation for Operational Efficiency in 2019. 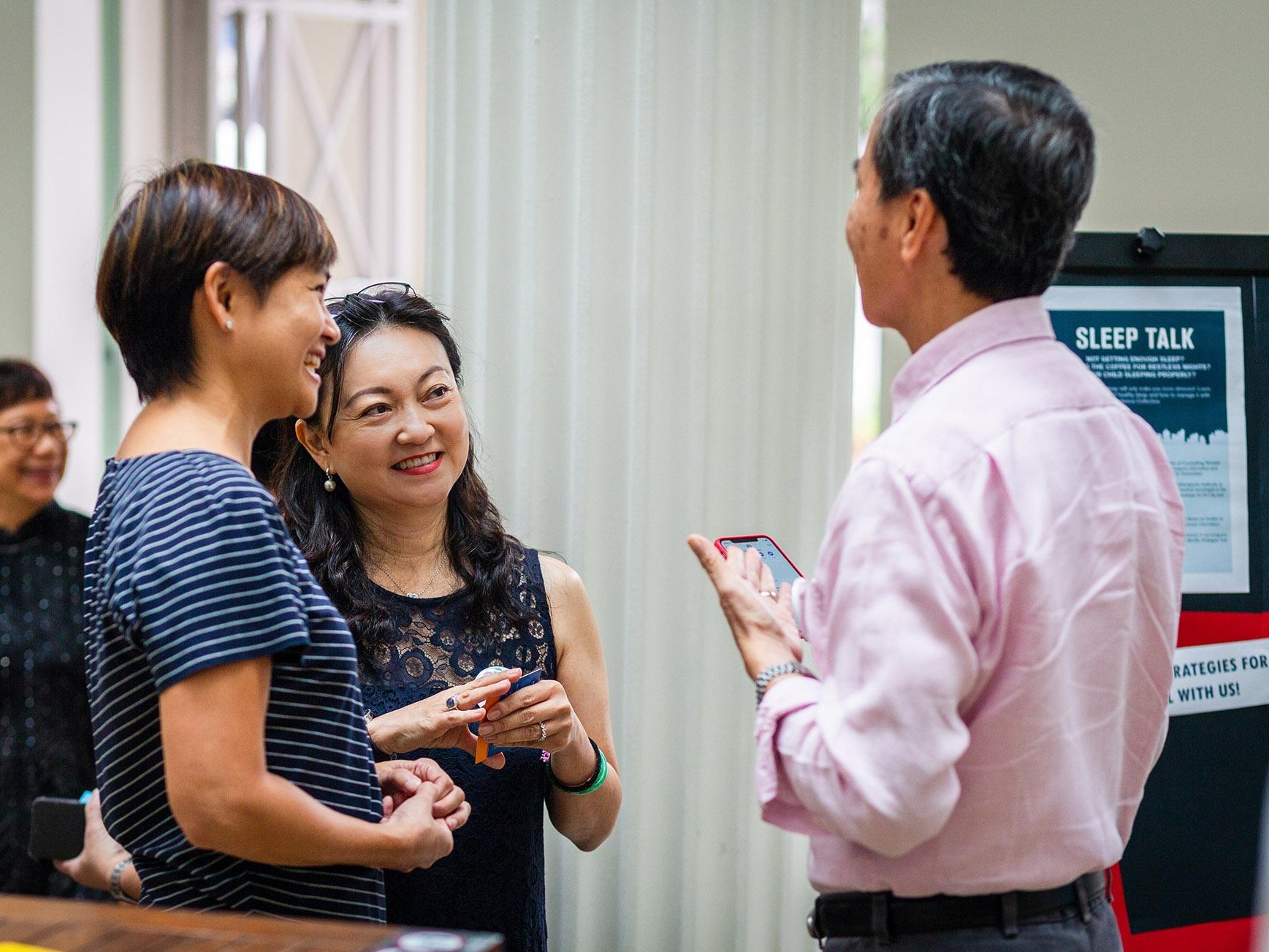 Riding For The Disabled Association of Singapore

by Riding For The Disabled Association of Singapore

Riding for the Disabled Association of Singapore is the only local charity which provides Therapeutic Horse-Riding and Equine-Assisted Activities for children and adults with disabilities, 100% free of charge. 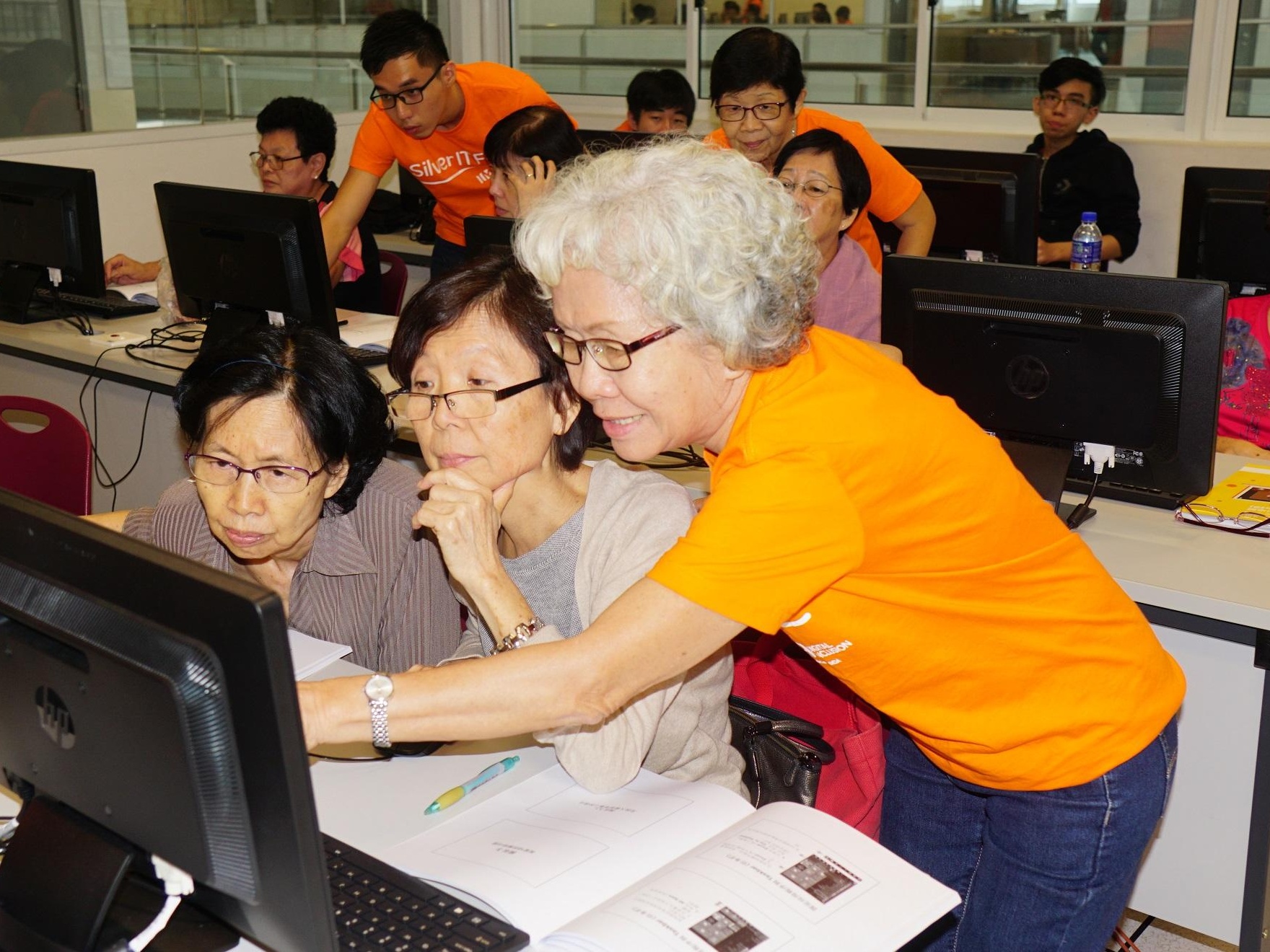 by RSVP Singapore The Organisation of Senior Volunteers

RSVP Singapore The Organisation of Senior Volunteers is an Institution of Public Character and the National Centre of Excellence for Senior Volunteerism under the patronage of Mdm Halimah Yacob, President of the Republic of Singapore. 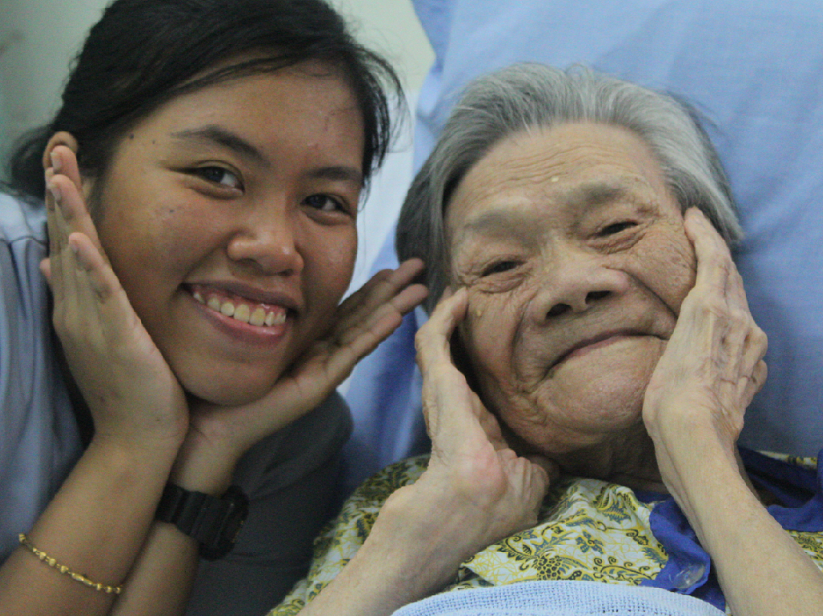 In keeping with Sree Narayana Guru's teachings, SNM provides a wide range of social service programmes for the less-privileged regardless of race or religion. 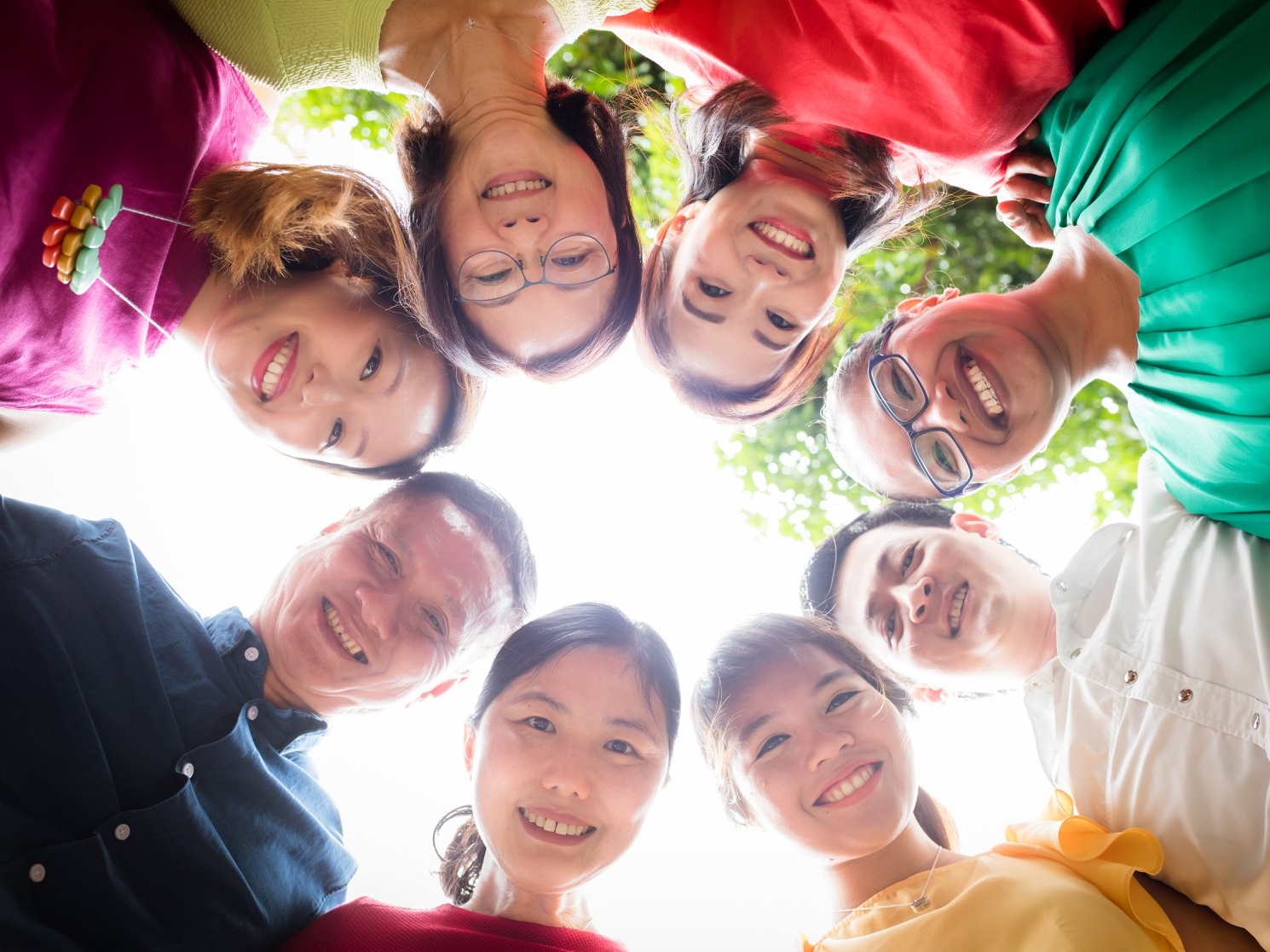 HCSA Community Services, a charitable organisation with the Institution of A Public Character (IPC) status and a member of the National Council of Social Service (NCSS), started in 1996 as a halfway house for recovering drug addicts and ex-offenders. 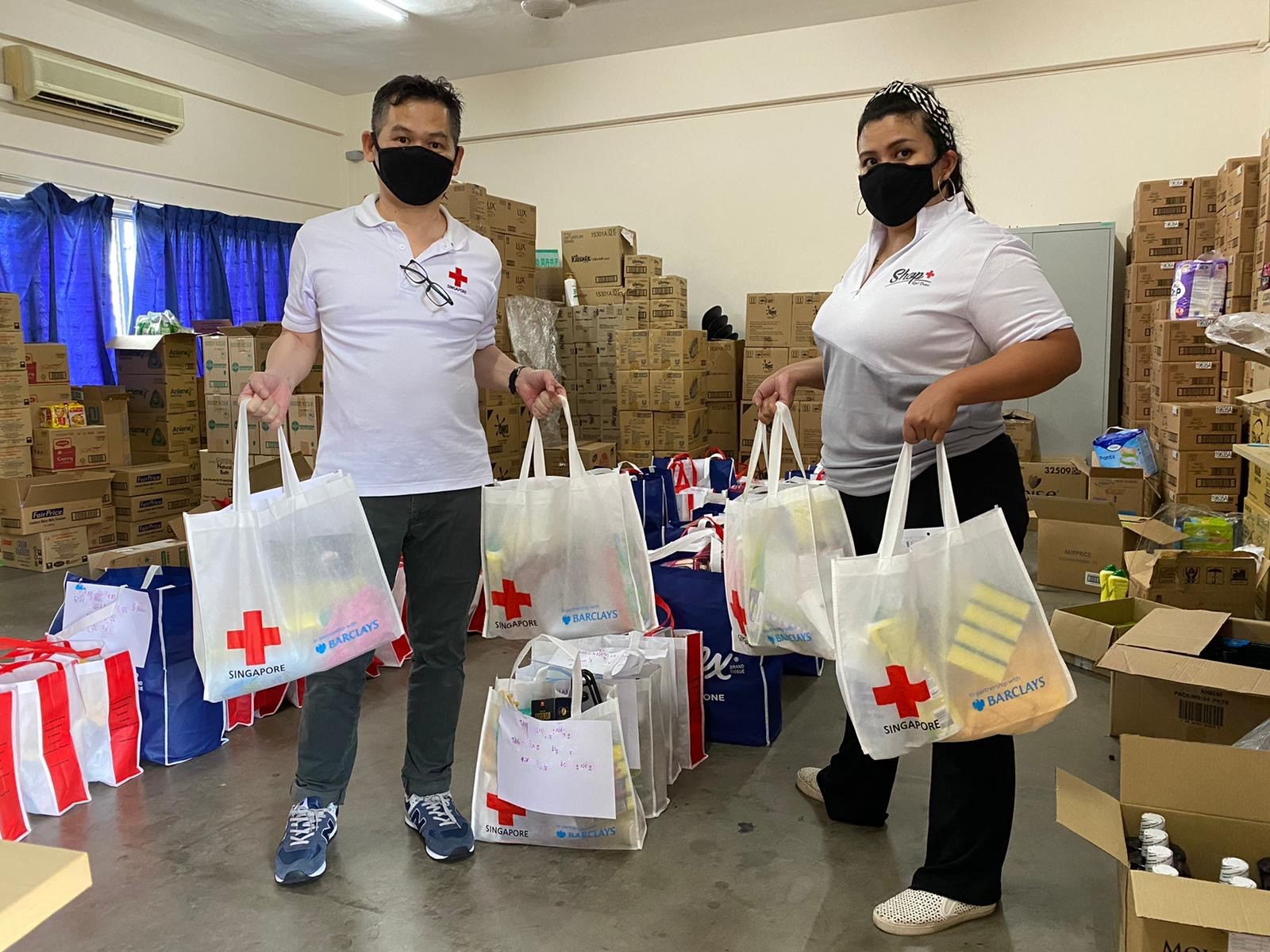 The Singapore Red Cross (SRC) is a homegrown humanitarian organisation dedicated to relieve human suffering, protect lives and dignity and respond to emergencies since 1949. 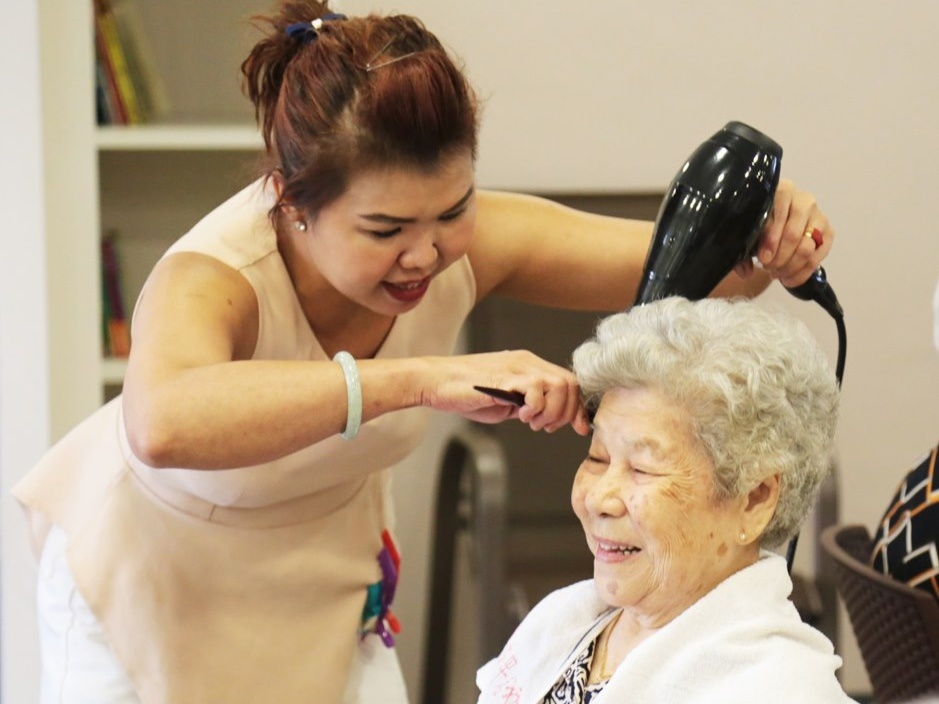 We are committed to caring for elders in the community from all walks of life, races and religion, and elders who may have undergone post-operative procedures for stroke, fractures and/or falls. 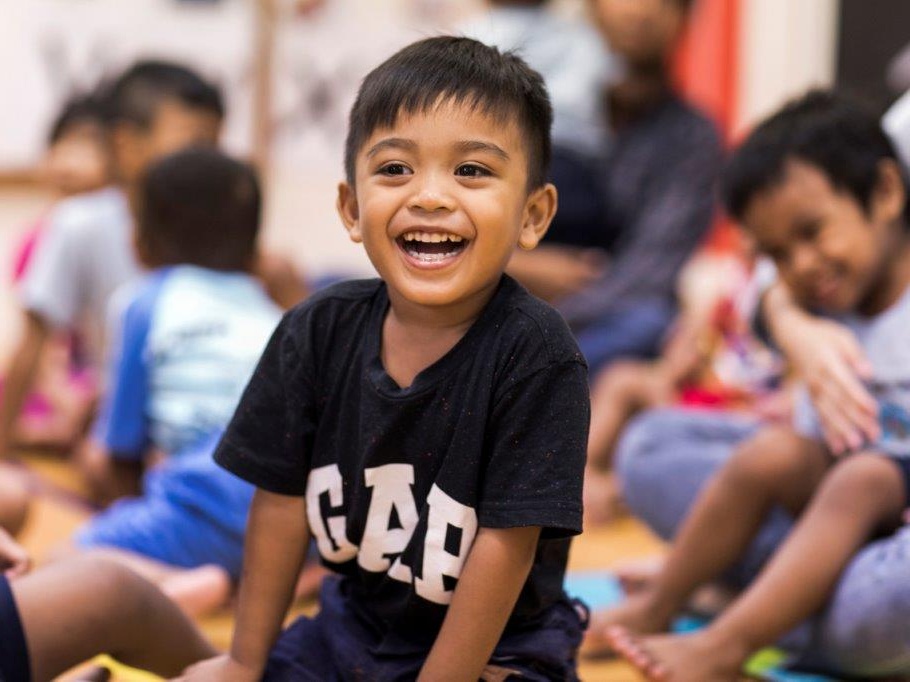 The Community Foundation of Singapore

by The Community Foundation of Singapore

The Community Foundation of Singapore is a non-profit organisation founded in 2008 to encourage and enable philanthropy in Singapore. 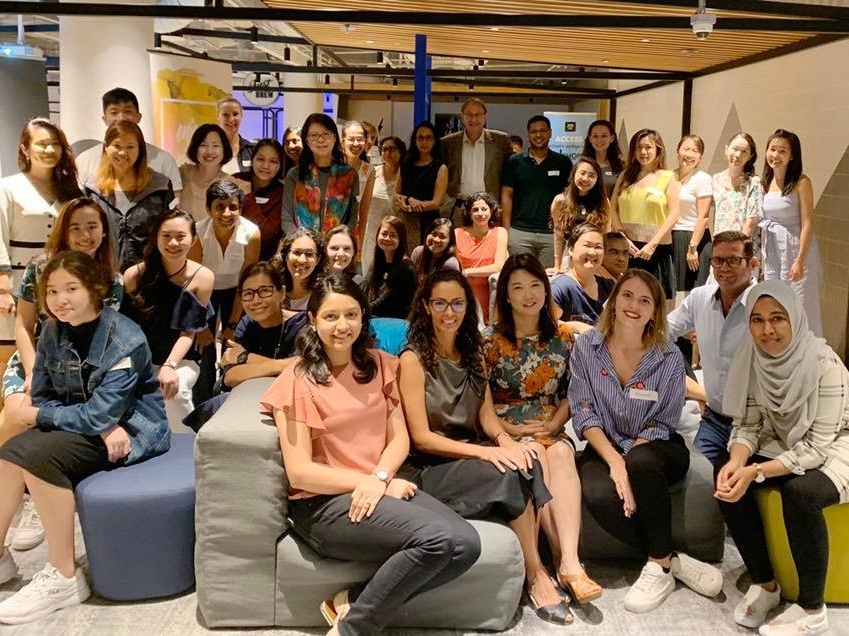 United Women Singapore is a self-funded non-profit organization that advances women's empowerment and gender equality, and builds a pipeline of women leaders and influencers in Singapore. 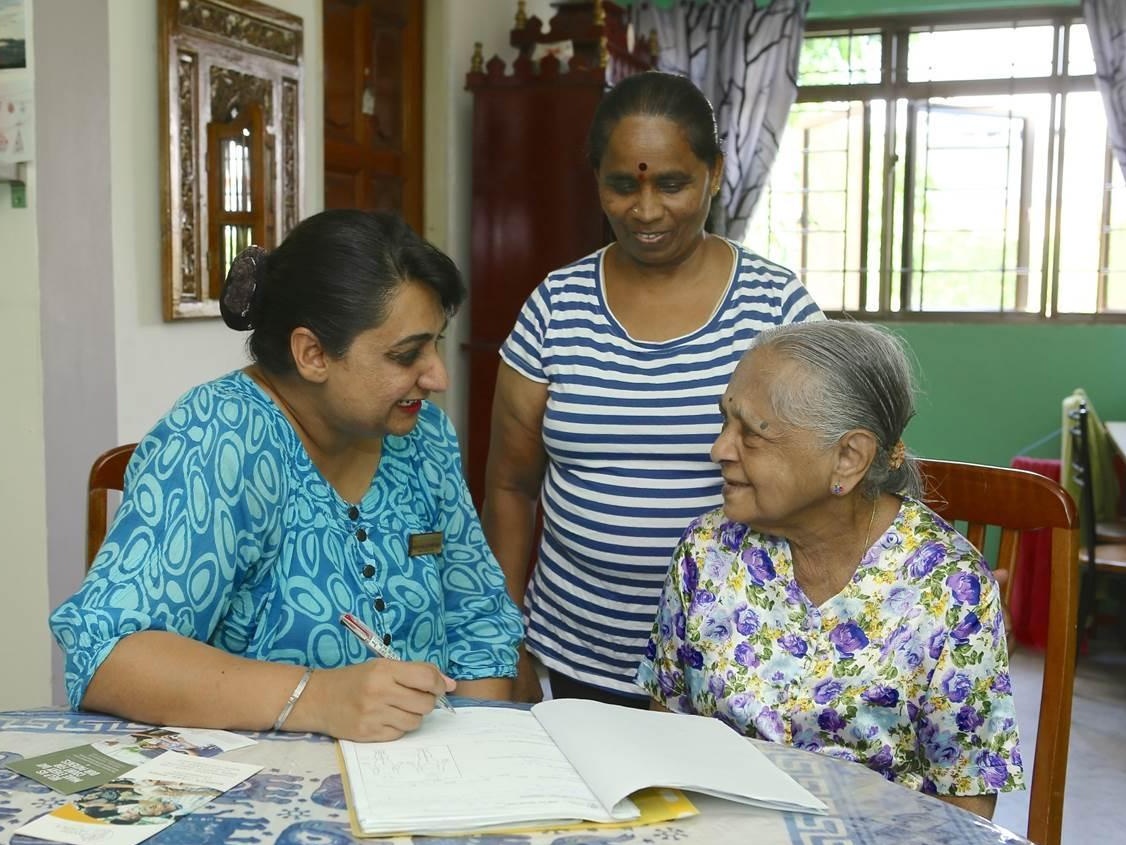 Assisi Hospice provides palliative care for patients and families that preserves their dignity and quality of life. Patients of any race, faith and financial position are cared for by our team of specialist doctors, nurses, allied health and pastoral care professionals.