As the Managing Director of EGN Singapore, many know me as an outspoken believer in expanding one's social circle and prioritising networking. A recent personal tragedy has only furthered my belief in the importance of strong social connections. A dear friend of mine and upcoming speaker at an EGN event, Simon Greaves died by suicide on June 22.
I don't just empathize with this issue of suicide and depression because of what happened to Simon but because I too have suffered with depression after a job loss where I ended up with quick-fix distractions such as drinking too much and losing my previous marriage.
The issue of depression and suicide is very high among professionals. Many suffer in silence due to the stigma around this sensitive topic, but I hope to change things.
I kicked off this campaign by racing IRONMAN Sweden on August 17 in Simon's honour, raising awareness of depression and loneliness and Suicide and hopefully help make things better for others. I have set up a charity donation campaign (insert link here) with Samaritans of Singapore (Sos). Sos is dedicated to providing confidential emotional support to individuals facing a crisis, thinking about suicide or affected by suicide.
An Ironman is a long-distance triathlon, consisting of a 2.4-mile (3.86 km) swim, a 112-mile (180.25 km) bicycle ride and a marathon 26.22-mile (42.20 km) run, raced in that order. It is widely considered one of the most difficult one-day sporting events in the world.

According to the WHO, for every suicide death, more than 20 others would have attempted it.

We set out to be an Available Lifeline to Anyone in Crisis as we aim to be the Premiere Organisation in Suicide Prevention in Singapore.


To find out more, visit www.sos.org.sg.

Race to an end of Executive Loneliness 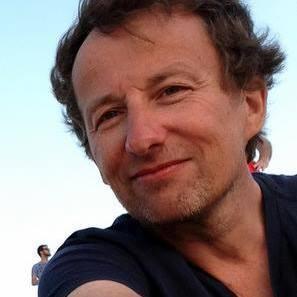 World Suicide Prevention day is commemorated on 10 September every year. Suicide is preventable. More often than not, indivi...

According to Institute of Mental Health in Dec 2018, 1 in 7 people in Singapore has experienced a mental disorder in their li...

Why? ... is the question most commonly asked. Sometimes, it becomes the only question that is asked. "Why didn't s...