This supports an effort by Singapore Red Cross in sending aid to communities affected by Australian Bushfire emergency.

Touted the worst wildfires Australia has seen in decades, the fires, burning since September, have done extensive damage.
So far, entire towns have been engulfed in flames, and residents across several states have lost their homes. The heaviest structural damage occurred in NSW, the country's most populated state, where 1,588 homes have been destroyed and over 650 damaged.

In total, more than 7.3 million hectares (17.9 million acres) have been burned across Australia's six states -- an area larger than the countries of Belgium and Denmark combined.

A total of 28 people across Australia have died this fire season, including several volunteer firefighters.

About half a billion animals have been affected by the fires across NSW, with millions likely dead -- and that's a conservative estimate. That number of total animals affected could be as high as one billion nationwide, according to ecologists from the University of Sydney.
The figures for NSW include birds, reptiles, and mammals, except bats. It also excludes insects and frogs, so the real sum is almost certain to be higher, the ecologists said.

How can you help?
Donations can be made to several organizations working toward victim relief and recovery, including the Australian Red Cross, among others

Singapore, 6 January 2020 - In response to the catastrophic bushfires that are affecting communities in Australia, the Singapore Red Cross (SRC) will launch a public fundraising appeal, and in the first instance, pledged S$50,000 in humanitarian aid to support affected communities. SRC's contribution and all donations raised will go towards supporting the humanitarian efforts by the Australian Red Cross, for the relief and recovery of survivors.

Touted the worst wildfires Australia has seen in decades, the fires, burning since September, have intensified over the past week. As of 5 January, the death toll has hit 24 across the nation, with more than 60,000 sq km of land burned and more than 1,300 houses destroyed.

The Singapore Red Cross (SRC) is a homegrown humanitarian organisation dedicated to relieve human suffering, protect lives and dignity and respond to emergencies since 1949. Our blood donor mobilisation programme, home for the disabled, transport aid, food aid, community led action for resilience, community first aid and training derive from our mission to serve the vulnerable.

Contribute to a Global emergency

Dear Friend, The Singapore Red Cross is bracing itself for a steep drop in cash donations in this current unfortunate COVID-...

Today, you can turn your unused petrol spend into a driving force to feed 100 hungry families for one month Dear friend, Wi...

Dear Friend, On the 6th of April 2020, DPM Heng announced that every Singaporean over the age of 21 will receive a Solidarit...

Pledge a meal to our nurses and care staff

Hi there! We'd like to invite you to make a donation pledge of food for our 70 nurses and care staff in the Red Cross H...

Dear Friend, We've formed the "GLAD Fund" to enable the Singapore Red Cross to respond to the growing number ...

The Red Cross Home for the Disabled (RCHD) cares for Singaporeans who are both physically and mentally challenged. We operate...

Help Make Your Gift Deeply And Irrevocably Personal with TransportAid

Dear Friend, Mr Chen Jun Liang was just like any other regular person. Upon graduation, he started working and was contrib...

Food for the Soul

With the burden of bills and living expenses, Chunfeng often had difficulty making ends meet - they could not afford fresh fo...

Dear Friend, Mr De Silva Petiyaga Arther Bernard has been living alone since his wife and daughter passed away. As he suffer...

Be A GLADiator and Help Our Local Seniors Defeat Loneliness Today!

Dear Friend, My name is Benjamin William, CEO and Sec Gen of Singapore Red Cross, and I've seen with my own eyes what i... 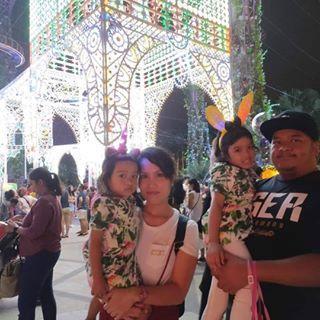 We would like to genuinely help and start a series of online gaming charity tournaments where registrations fees proceeds wil...